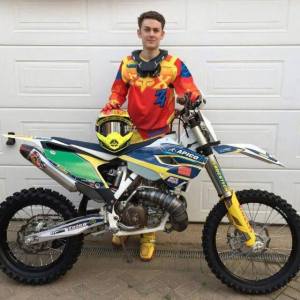 I have been fortunate enough to meet some really amazing people as a martial artist. My interest is mindset. Usually, it is the fighters that I expect to be as hard as nails but the guy who I recently interviewed, who I met at my local gym, is absolutely hardcore.

This guy has tremendous courage. Let me introduce to you Motocross and Enduro competitor, Luke Gorse!

Specialist Skills: Motocross and Enduro are my disciplines.

Tell us what your sport involves and how you first got involved in it.

At club level there are “Hare and Hounds” which is basically a cross country lap that runs over a 3 hour period and the most laps at the end wins.
Enduro is called “timecard” which involves having a set time to get to a checkpoint, with penalties for being late or even early!
I started when I was 6, all due to my dad who competed in the sport before me, and his dad before him. 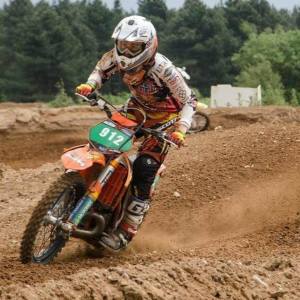 Typically, what is the course like and what sort of obstacles do you have to overcome?

The course for Enduros and Hare and Hounds vary between woodland and open going; it can be logs, tree stumps, ruts where the mud has dug out, steep hill climbs and descents, boggy sections and river crossings.
With motocross everything is higher intensity over a 20 minute race and this involves huge jumps and fast corners. The jumps are my weakness because of not being brought up on that terrain, although in the past couple of years I have gained a huge amount of confidence hitting jumps that can be 100+ feet long! Hitting a jump flat out in top gear is where the adrenaline really kicks in!

Tell us about some of your scariest moments.

Endless moments… There’s a couple that come to mind.

I was out practicing at a motocross track and there was a huge jump. I’d put off jumping it all day. Then, coming up to the end, I went for it. As I was in mid air I realised I was going to land short and there was nothing I could do other than brace myself and hope for the best. I ended up bouncing over the bars and landing 15 feet from my bike. 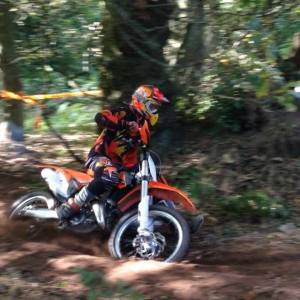 Another time I was racing a sprint Enduro which is one lap of a Hare and Hound course as fast as possible. I hit my head on a low tree and woke up a few minutes later in a daze. No one had stopped so I got back on my bike and rode back to the paddock. When I got back I collapsed next to my bike and started hyperventilating. All I can remember is little bits from the entire race and then coming round in the back of an ambulance.

I’ve also been knocked out but in this instance they called the air ambulance because I had a suspected broken spine. Eventually they cleared me and allowed me to leave under my own steam but spending 2 hours on a spinal board, unable to move, isn’t exactly nice.

Wow that sounds like exciting stuff. Were you always a daredevil or is it something that just came with the territory of loving to race?

I’ve always loved adrenaline. Then, when I started racing I was hooked. I took a couple of years off racing and played rugby for sandal, and won the Yorkshire cup three times, where the final was played at Twickenham. 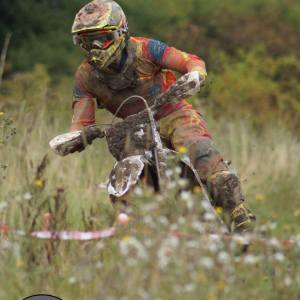 When is racing most challenging and frightening?

The start is the main time nerves kick in. All the riders heading for one corner can cause some serious crashes!

What type of races worry you more? The known nemesis or the wild card?

The Enduro because they have special tests which involve a 5-10 minute lap as fast as you can and this usually decides position. Nerves are high in this as one mistake can cost you hugely! 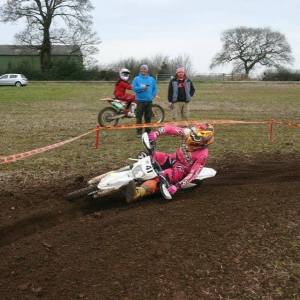 In a Hare and Hound, the first person to the first corner gets what’s known as the “holeshot”. I’ve always been great at starts and love nothing more knowing that there are the 30-40 best riders all behind me!

How do you mentally prepare for a race? What mental strategies and tactics do you use?

I usually try and zone out, don’t speak to people and listening to music. Visualisation is a big part of it.

Tell us a little more about the visualisation. Do you use any meditation techniques or breathing exercises?

Not really at the minute, just picture myself doing the things I want to do. 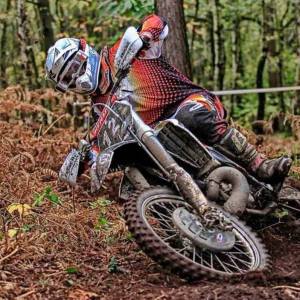 I know you have had some accidents. Tell us about the worst one.

The worst injury that happened at the time would be landing sideways off a jump and tearing the cartilage in my knee. I had surgery to remove it and tidy it up.

The worst injury that had the biggest impact was when I broke my foot but didn’t realise and carried on riding. Around 2 years down the line I noticed a lump on my foot so went and got it checked. Cutting a long story short, it has calcified which meant I had surgery to shave the lump of bone, re-break the foot to straighten it and remove a lump of bone to allow it to straighten, drill in to the bone to remove arthritis then plate and screw it to hold it all in place!

How did those accidents affect you mentally?

They temporarily knocked my confidence but they don’t bother me too much; they’re part of the sport and I know if I think about them I won’t perform to the best of my ability so just forget about them 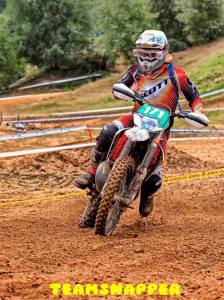 What are your current goals? 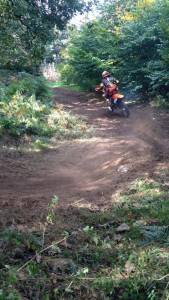 Thanks very much, Luke

I am proud to know, Luke. He comes across as a very humble and modest guy. One very noticeable trait that comes from his sport is his incredible grip strength. If you have ever tried to hang tough from a pull up bar, you will know that the whole body starts trembling within a very short time. When I tried it I lasted about a minute which is about average. Luke can hang tough for over three minutes.

To achieve anything and to overcome challenges, mindset is essential. This is the one thing that all the people I have interviewed have in common whether they were fighters in the ring, survivors from tough situations or, as in Luke’s case, competitor winners on the track.

I work with people, teams and groups to help change mindsets for the better using a mindfulness based coaching approach. If you are interested in finding out more, get in touch.