Launching a series of interviews with martial artists who I rank and respect for their fighting ability, spirit and other qualities that they have bought to the scene, I started with Richard Taylor. Richard is a lovely guy who I have only had the pleasure of training with a few times, and a really talented individual. 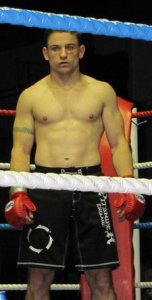 “I’ve fought some of Europe’s top fighters, including some who now fight in the UFC and I’ve trained with some of the UK’s top MMA coaches and competitors. 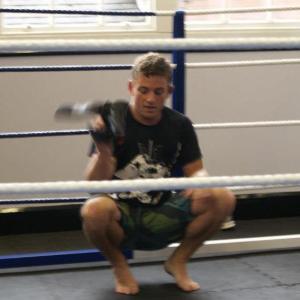 Relaxing in the ring.

I can also eat 30oz of steak without breaking a sweat.”

He tells me he is most proud of the steak feat and insisted I kept it in. Richard has always been a very modest gentleman.

When did you first start training in martial arts and what inspired you to do it?

I first started training in 1996, boxing with White Rose and Karate with a guy called Craig Murphy. I bounced around Karate clubs though; I think I was looking for Mr Miyagi. The boxing stuck though, right up until I found my place learning Valetudo under a former European MMA champ called ‘Coop’ (Andy Cooper).

My Inspiration was pretty much just the encouragement from my dad. He was well known for being a bit of a hard case, so I guess I aimed for his path a bit when I was too young to realise my own. 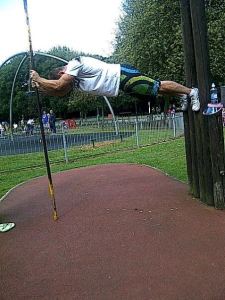 Chilling in the park…

Tell us about the highs and lows of your martial arts career.

My highs and lows… I can honestly say, I’ve rarely had any low points. In fact, only one… and that was due to a bad leg break during some of the lightest sparring I’ve ever done (I know that feeling, Rich).
I believe the reason my low points are virtually none existent is a state of mind that is ingrained in all the disciplines I’ve looked at; a submission, a conceded point, a loss… they are simply one more lesson in a martial arts journey. If I looked negatively upon those points, I couldn’t have allowed myself to get hung up on them and not had any mental energy to go and get to some of the more elated times in my career.

Whenever any of the people I teach win, or pull off a successful technique that I have taught them, I feel a small amount of immortality. Like what I have been taught, has now been taught to someone else, and will be taught again and again. Makes me smile.

What do you think martial arts has added to you as a person in you general life and as a business person?

Tough times teach you two things. That there are many forms of success, and the value of each small success is made sweeter by the struggle of the tough times. Also, that once you have found something that works for you, defend it, work for it, protect it, and finally, share it!

Martial arts really has given me the confidence to be a geek. I love geeky sci-fi stuff, geeky jokes. But ‘geeks’ are, or were (when I was growing up) looked at as if they were somehow weaker human beings than athletes and could only become a success behind a desk: as I’m typing this, sat behind my desk, remembering all my past desk jobs, I’m smiling, remembering the funny looks I got when my colleagues were looking at my black eyes… PAHAHAHAH!

Martial arts simply allowed me the confidence to be ME, within the morality and respect of others that was cultivated from all my coaches, senseis, instructors etc. I guess it gave me the platform to develop and practise being a fair and none judgemental person.

What do you think is the most important quality that a martial arts practitioner should possess and how does this relate to their everyday life, success in their career etc?

Humility. If you are humble, you will always listen; to family, to students, to anyone that crosses your path. I’ve heard some amazing things from people that wake up my soul, and remind me that I will always learn more by listening. On the occasions where I forget my humility, I know I have let myself down and will never get those moments back. So I try to remind myself not to forget my humility. 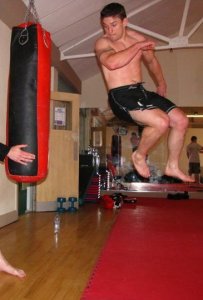 How do you see your career developing from here? What are your current aspirations?

After 2 years of recovery (following his leg break), I would like to compete again. But professionally, I am looking at opening two more fitness centres and expanding my martial arts team. They are doing well, and I’d like them to do even better. 😀

How do you prepare mentally for your fights and what goes through you mind in the last 5 minutes before a fight?

I research my opponent with the help of my coaches and corner team, agree on how they will have developed after their last fight’s successes and failures, create a game plan, a backup game plan and a last chance game plan based on this. Then train each element obsessivly. So although this is mostly physical preparation, it allows me to believe in myself, unwaveringly. 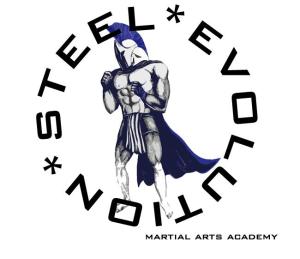 The last things that cross my mind before I black out and let my training take over are “WHAT THE F**K ARE YOU DOING, RICHARD?… THIS IS YOUR LAST ONE… MAKE IT COUNT… YOU HAVEN’T COME HERE TO SEE HOW WELL YOU CAN DO, YOU’VE COME HERE TO KEEP GOING UNTIL THEIR IS NOTHING LEFT!”

I think there are lessons here that we can all learn in terms of how we live our lives – professionally, personally, in achieving our goals – and I am very grateful to Richard for sharing his thoughts with us. Thanks again, Rich.
Richard can be found teaching at
Steel Evolution Martial Arts in Stocksbridge, Sheffield.
Wherever you currently train or whatever your pursuit, if you want help or advice on mindset training and mental programming, I can help.