Now that I have launched the Mushin Ryu Self-Defence class and workshops, I think the Gladiator interviews, looking at the mindset, training and experiences of real fighters, would be best continued on this blog. Previously, I have interviewed:

You can see these and other blogs covering mindset, awareness and attitude on the Chan School of Nunchaku BLOG PAGE.

Is an extremely talented and modest guy. He already excelled in other disciplines before stumbling upon Brazilian Jiu Jutsu in his search for gladiatorial perfection. Meet Darren Currie, who has asked me to credit his daughter, Jessica Currie, for taking the shots! 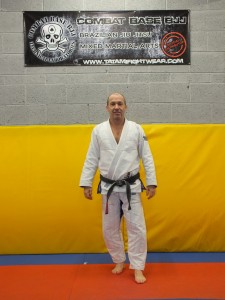 Competition Achievements: Medalled in every type of competitive format, won some stuff, nothing major.

When did you first get into martial arts and why?

I started martial arts around 1987, starting with Taekwondo. I had spent a good few years just partying, late nights, smoking, drinking etc. which was pretty cool at the time and great fun but wanted a complete change of lifestyle. I had watched martial arts films for years so had a passing interest and decided to give it a shot. I chose to start in Taekwondo as my younger sister had trained previously and seemed pretty good at landing the left hook on me!

I was a little surprised that I took to it as I did as I wasn’t a massive fan of contact sports, I loved football but wasn’t any good then I was made to play rugby at school but became a conscientious objector and actually ending up joining the chess team instead and competed in chess whilst in school. (Mushin Ryu SD: “One of my favourite games”) 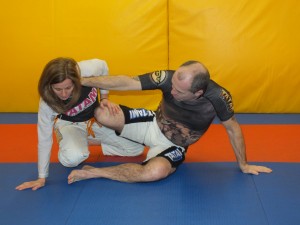 You have excelled in a number of martial arts. Tell us about your journey and thoughts on martial arts generally?

I don’t know if ‘excelled’ is the right word but thanks anyway, I’m trying.

My journey so far has had many ups and downs as any journey has but has been great fun at times and a source of misery at other times. Martial arts imitate life.

Generally there are no bad martial arts, only bad ‘martial artists’ and bad practices; there are a lot of positive qualities to be developed but there is a lot of negativity in martial arts too that you have to watch out for.

Met some great people who will be friends for ever, met some inspirational characters and then met some complete a$$holes who are in this game for all the wrong reasons. People that supposedly are martial artists but use their position for their own gain with no consideration for anyone else.

Martial arts though will bring out who you really are. 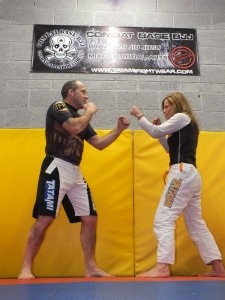 What have you brought to your training in martial arts and how has your martial arts training affected you in other areas of life?

I have tried to bring experience and influence from outside into the martial arts world to improve how I teach and how I deliver those lessons; we don’t need to do things as they always were, we are living in a world where information is literally at your fingertips so I constantly try to improve what I do by listening to people a whole lot smarter than me. By reading bios of remarkable people to see how they did things and see if I can incorporate them into what I do.

Reading John Whitmore’s “Coaching For Performance” book really helped me to expand the way I taught and coached. A vast amount of sports coaching came from the business world so that inspired me to check out areas outside of martial arts to see what I could learn.

I believe though if you are fairly creative and understand what you are doing, anything can be modified to provide you with a good learning opportunity that can be made applicable to martial arts training.

In real life, martial arts has reinforced most aspects of my personality; my confidence, self-belief, communication skills and made me a little more patient. I always strive to be a good person; good husband, dad, grandad, brother, son but I think I would do that anyway even if I hadn’t have done martial arts.

What mindset do you believe is necessary to succeed in martial arts and how has this mind-set helped in everyday life?

Having a healthy ego, self-belief, being open to suggestion are a few of the mental qualities I think but for me the biggest thing is DON’T QUIT! In martial arts training and competition there are times when you will want to quit, don’t! Every time you quit doing something it makes it easier to quit the next thing. If you then encounter something in everyday life that you can’t quit from you are not equipped to deal with it.

The common saying “going through hell” signifying a bad period you are enduring but if you look at what is being said, you are ‘going through’ meaning it’s temporary so if you keep going, don’t quit, you will get through it. If you quit, you will be in hell forever. 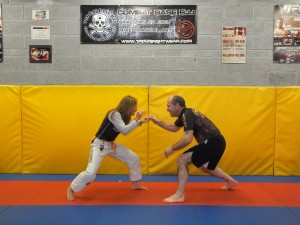 How do you prepare mentally for a fight?

I think preparing for a sport fight can help you be prepared for a ‘street’ fight. To be mentally prepared you have to be physically prepared, that will give you confidence knowing you are in good shape. Plenty of visualisation will help you to ‘see’ your techniques working and help you establish a game plan of what to do and when.

You have to have courage to go to compete knowing that there is going to be a trained guy on the other side of the mat/ring/cage that is going to try and submit you or knock you out. You have to overcome this otherwise you will never be mentally prepared.

I learned that courage was not the absence of fear but the triumph over it. The brave man is not the one who does not feel afraid but he who conquers that fear!

By also understanding the adrenaline dump, understanding the “fight or flight” response will help you manage your feelings. That feeling is often reported as fear but it could equally be your body readying itself for whatever is coming.

If you have never felt this, how do you think you will feel when you suddenly realise you have to fight, maybe even for your life?

Anyone who is training for self-defence should try competing in Jiu Jitsu or something fairly low risk at least once.

See how you react to someone trying to totally dominate you; if you can’t defend against this you have no chance when strikes are involved, when you have been sucker punched to start with and you can see stars, when you are jumped from behind etc. Most times you are in a fight before you even know it.

I’m not sure how you would train for self-defence though. I mean, it can’t be measured so how do you test it? If you are basing your self-defence prowess on what you can do in the gym on nice soft mats in a controlled environment with a compliant partner then really you are only theorising. Can you rely on theory alone?

In conclusion, I guess:

What is your view on martial arts as a system of self-defence in real life?

Before self-defence I believe there is self-protection which is being aware and being able to carry out a quick risk assessment to see if the hazard is worth the risk, if not then avoid wherever possible. If you go into town late on a weekend it is significantly more of a hazard to your well-being than at other times. Simple answer from a self-protection point of view, don’t go! Avoid areas where young men and women congregate where drink and drugs are available and you will remove almost every instant of where you would need to protect yourself.

First rule of self-protection, don’t be there!

So, assuming we are talking about defending yourself in a one on one situation that you can’t avoid then, for me, the way in which you train is more important than what you train. I do think you have to train in a way that resembles competitive sport, you can’t just have someone feed you something then let you have your turn; it has to be pressure tested with live drilling. This is where a lot of traditional martial arts fall down I think.

My coach, Chris Haueter, told me “think street, train sport, practice the art” which I think is an outstanding way to approach martial arts.

I think you would agree that early UFC events were important in showing how martial arts fared against each other and lead smart people to believe that the perfect trifecta for self-defence is obviously striking, wrestling and groundwork.

Pick a strong striking art, add that to wrestling or Judo then throw in some Brazilian Jiu Jitsu, hey presto, your bases are covered.

There are a lot of “street vs sport” arguments on the internet which make for good reading. 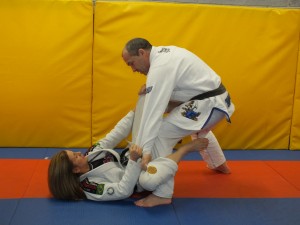 What are your aims and ambitions these days?

Just to continue to build my legacy so that when I walk away from martial arts I will have helped so many people have a positive impact on their lives, it will have been worth it.

In specific interviews before I have been asked “have you produced any champions?” I replied that everyone I ever taught was a champion in their own way because they all overcame something that was difficult to overcome; martial arts should be about empowering people to take charge of their lives and be positive. I know I have helped a lot of people go through some rough times so they are my champions, I’m happy I have had a positive influence on people.

My ultimate ambition has already been achieved; I wanted to create a group that was free from all of the bull**it that I have seen in other martial arts over the years so now I can retire happy.

If anyone wants to contact me about any of these points, I welcome your feedback, good and bad, please email combatbase@hotmail.com

Thanks for the interview, Darren. You raised some great points there and I like your outlook on things. Thanks again.